What Is It About RBG?

Ruth Bader Ginsburg died three days ago.  The outpouring of pure, ragged grief is unsurprising, coming as it does in lockstep with horror at what it will mean if the other liberal voices on the Supreme Court are nearly silenced along with hers, by a 6-3 split.  Will the  only remaining women on the court, Elena Kagan  and Sonia Sotomayor,  be reduced to writing dissents for the remainder of their time on the court?  It could very well work out that way.

The media is as deluged with tribute pieces as the steps of the Supreme Court were with flowers in the aftermath of the announcement of her death. Tiny as she was, she was bigger than anyone else on the court. Still, I am trying to figure out why it has been so much harder emotionally for me to take her death in stride than I thought it would be.

It was, after all, expected.  It was, after all, just a fingers-crossed, knock-on-wood hope she could make it until the inauguration in January.  Everything is so awful right now that her death seems to twist the knife in the wounds we already have endured in this administration, but it’s more even than that, at least for me.

To understand my reaction, I have to go back in time to reconstruct everything I was taught directly or by osmosis about being female in my time and place.  I was blessed to have come to adulthood when feminism was front and center, with Betty Friedan, Gloria Steinem and others writing and speaking so passionately about the largely untapped potential of women in American society.  The scales were tipping rapidly in favor of the mantra that as a woman I could do anything (hear me roar!), and away from the idea that high aspirations were probably no more than the prelude to disappointment.

I remember being whipsawed by my mother’s alternating perspectives that I should get a Ph.D., a prestigious post at some university AND write the great American novel, and her equally strong narrative that I would probably within a few years be living wherever my future husband’s work took him, and filling my time with housework and hosting cocktails and dinners for his colleagues as a way of promoting his career. These comments always seemed surreal to me, since I couldn’t imagine getting married to any of the man boys I knew, much less form an image of this phantom husband  having a career or colleagues who required martinis and a gourmet meal that I was responsible for providing.  My mother’s unfulfilled dreams energized the first narrative, and her reality gave birth to the latter.  High goals seemed reachable,  but how to have both a “normal”  middle class life  and  one in which I pursued what I was good at and what was important to me was the part for which there seemed to be no answer.

I went through my undergraduate years with zero in the way of plans for what I would do after I graduated.  I was uninterested in getting married, but I couldn’t imagine having a career either.  Fortunately, when the time came to have a plan for at least a single next step, my grades and GRE scores got me into graduate school, which was a first-class way of putting off having a plan for a few more years.

I will never forget my mother’s reaction when I told her I was getting married.  “But why???” she shrieked. I think that says it all.  I think in that moment she saw her daughter, well on her way to a Ph.D. squandering it all to follow a man, just as one part of her mixed narrative had predicted.  It didn’t turn out that way, as I managed to juggle part-time teaching and eventual motherhood with studying for qualifying exams and writing my dissertation. Happily my mother lived to see me finish, and be proven wrong.  Yes, you can have it both ways, but you have to prepare to give up a lot of sleep and expend a lot more energy than those with an easier path. RBG knew that too.

Years before, when I applied to graduate school, my advisor—despite the fact that I was one of the top undergraduates in the department—wondered aloud why I wanted to go to the trouble of grad school because “someone as good looking as you will  just end up getting married.” During graduate school I dealt with one professor who didn’t think women should be there and refused to give me the grades I deserved.  I also dealt with another who told me he was in an open marriage and wanted to sleep with me.  I called his bluff by asking for his home phone number, so I could call his wife to confirm the open marriage before I would agree. ( I didn’t get the phone number.)  The philandering professor was just an ass, but the other one was toxic because he was the expert in my dissertation area and I would never have been able to finish if another professor hadn’t seen my plight and volunteered to direct my work.

My professional life, and the schooling leading up to it were full of both opportunities and obstacles, and I think that is part of why RBG matters so much to me, and so many of us.  She wasn’t born with anything that stacked the deck in her favor—not money, not social status, not even size or looks.  She took what was in front of her every step of the way and made something of it.  They say showing up is 90 percent  of success. I would argue that the 90 percent is split between showing up and not giving up.  That’s RBG. That’s how she navigated the chasm between the two seemingly irreconcilable worlds my mother saw as possible for me.

And then there’s how unassuming  she was.  She didn’t seek the spotlight or blow her own horn, but she saw the power she had, and she used it, not for herself but for all of us through the causes she championed.  She showed how women can be quiet and powerful, modest and powerful, tiny and powerful, studious and powerful—whatever we are, and powerful.

Her life seems to illustrate that it’s okay to take life one step at a time.  The important thing is to have principles and to find work that keeps one’s life in line with them.  Like the Taoist principle of wu wei (poorly translated as effortlessness), we can do amazing things when what we try to do is in sync with what the universe wants.  She did the best job she could at whatever she was called to do, and as a result, doors kept opening for her professionally.  She made her life happen, not because she planned every step of the way but because she brought her full self to whatever she did and just kept on growing.

So when I think of why I was crying when I heard she had died, it’s because she represented what I strive to be. The best example I know of the life well lived isn’t  going to be here anymore, and that feels very, very hard. She was always just herself,  and she succeeded, with grit, humor, and a wink in her eye in rising to every occasion. There will never be another RBG, but there is nothing stopping me, and all of us,  from being our best selves too. That will be the gift we, in turn,  can leave  to serve as an inspiration for those coming up behind us. 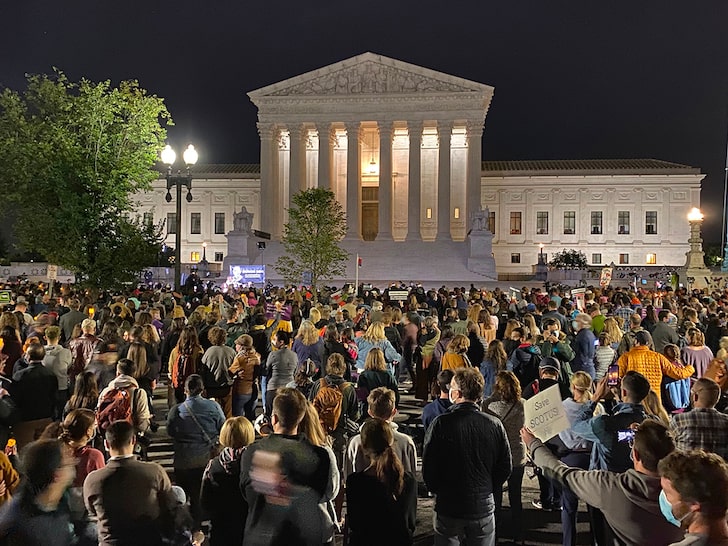